Now Gannt chart has the highlights of real-time tasks implementation. After you scheduled the execution time, you can track the actual execution period and deviations from Plan. 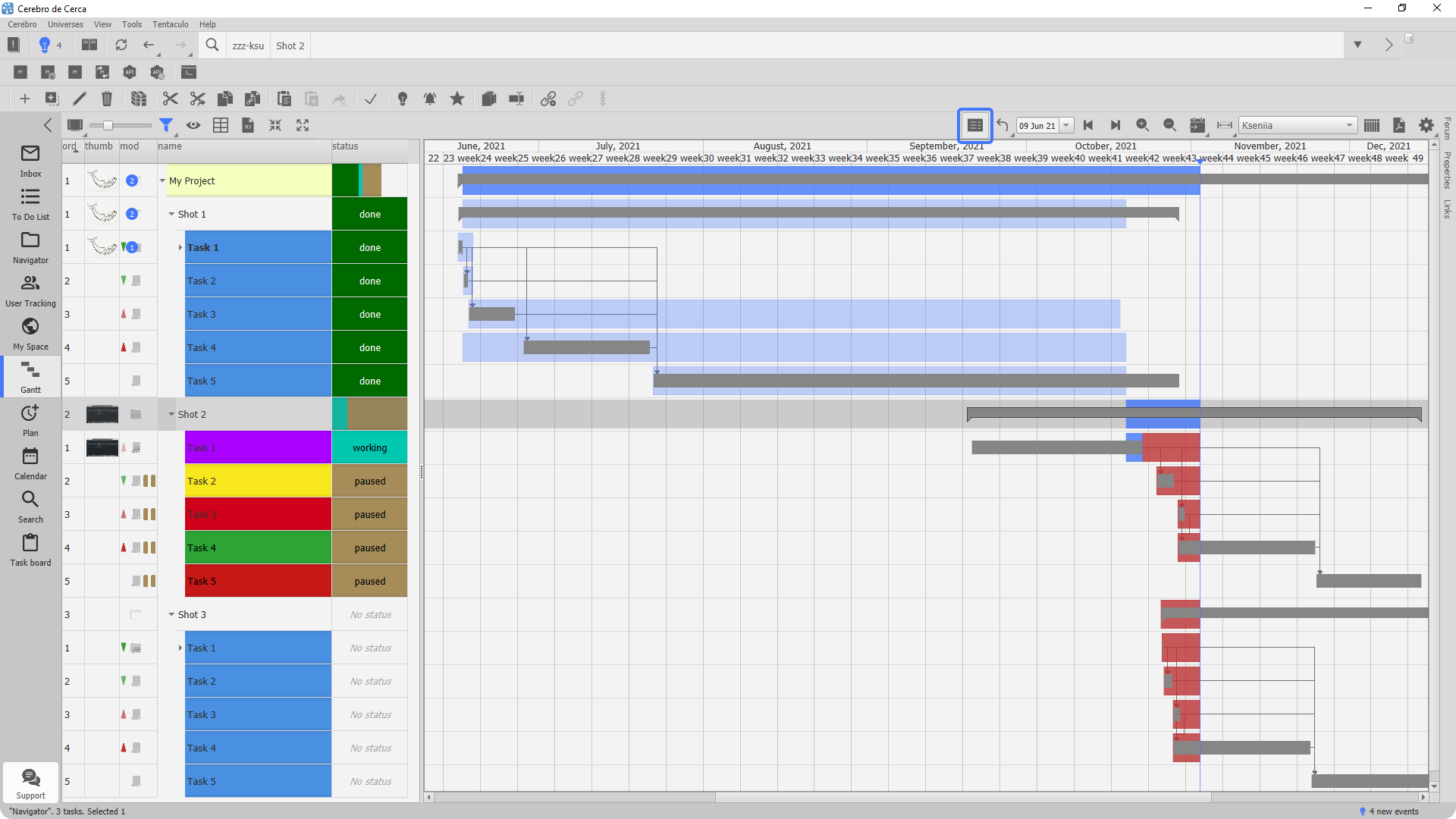 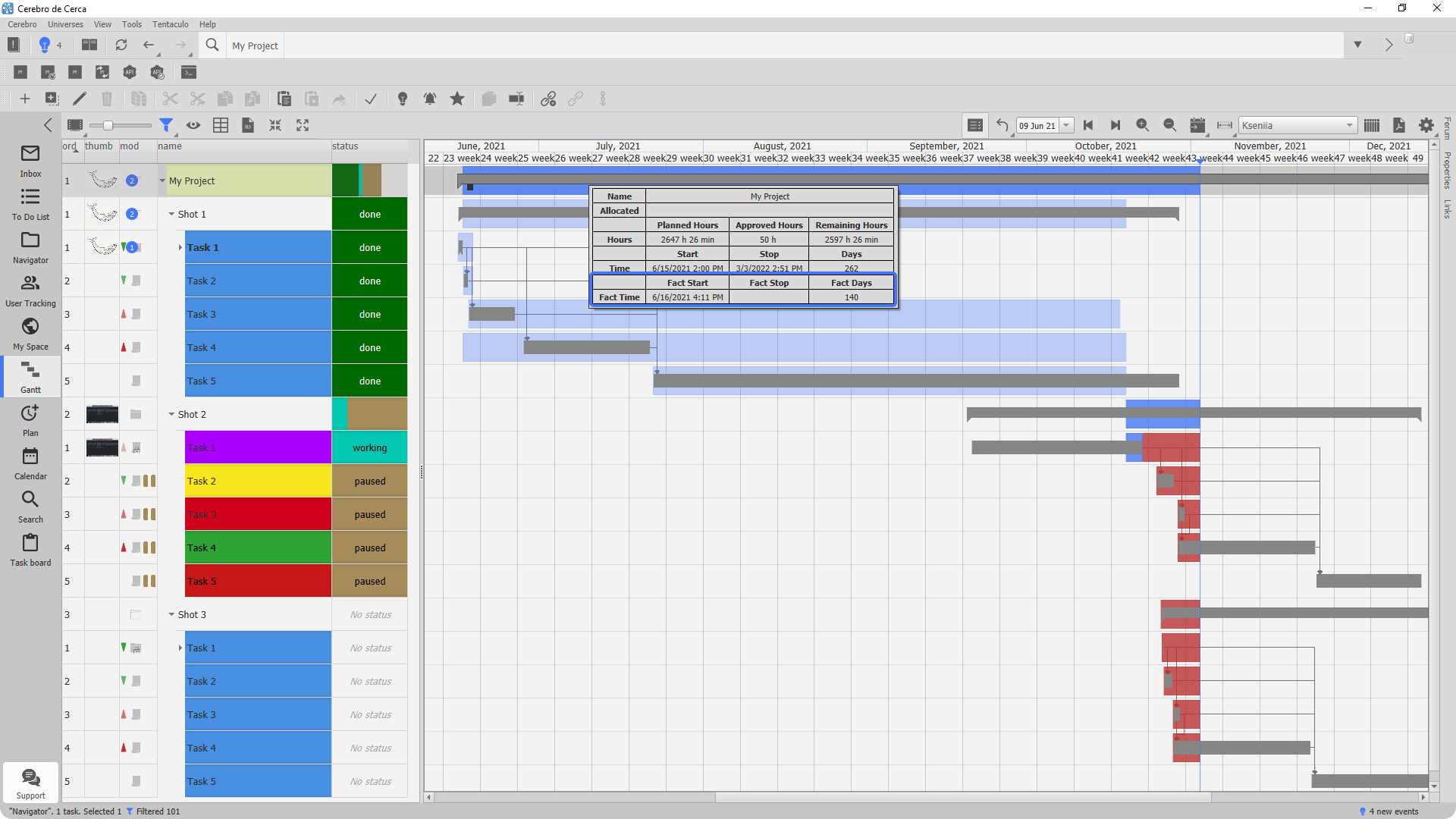 Time, when an executor started work and changed the task status, will be considered an actual start of the task implementation. By default, such status is called 'In progress'. If you have custom settings, any statuses that mean the work on the task has been started belong to that group.

Time, when the executor finished work and changed the task status again, will be considered an actual completion of the task. By default, such statuses are called 'Completed' or 'Closed'. If you have custom settings, any statuses that mean the work on the task has been completed belong to that group.

Fact is highlighted on the Chart in red when:

A new solution for permissions that regulates functionality of adding Cerebro plugins in Universe. 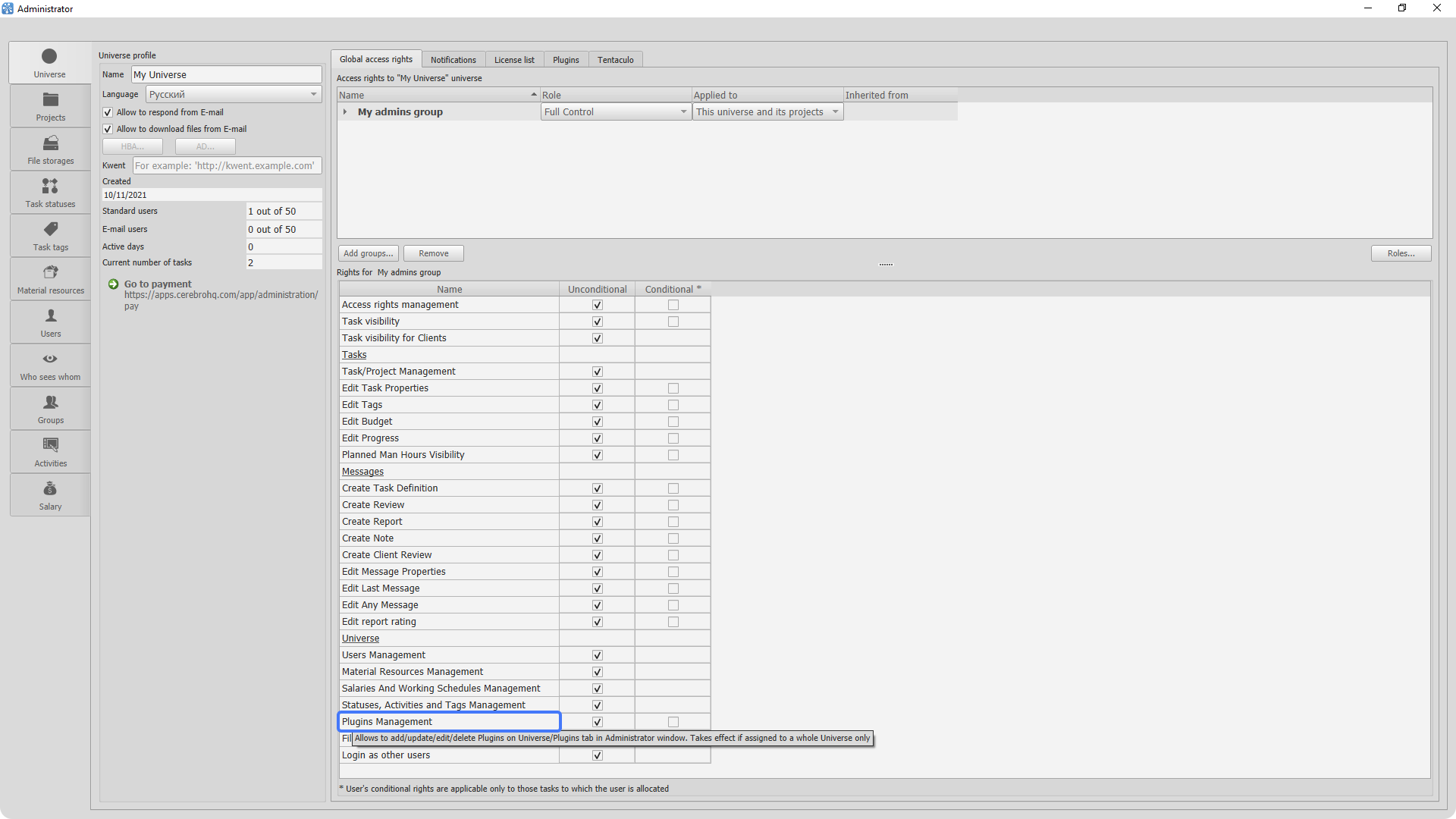