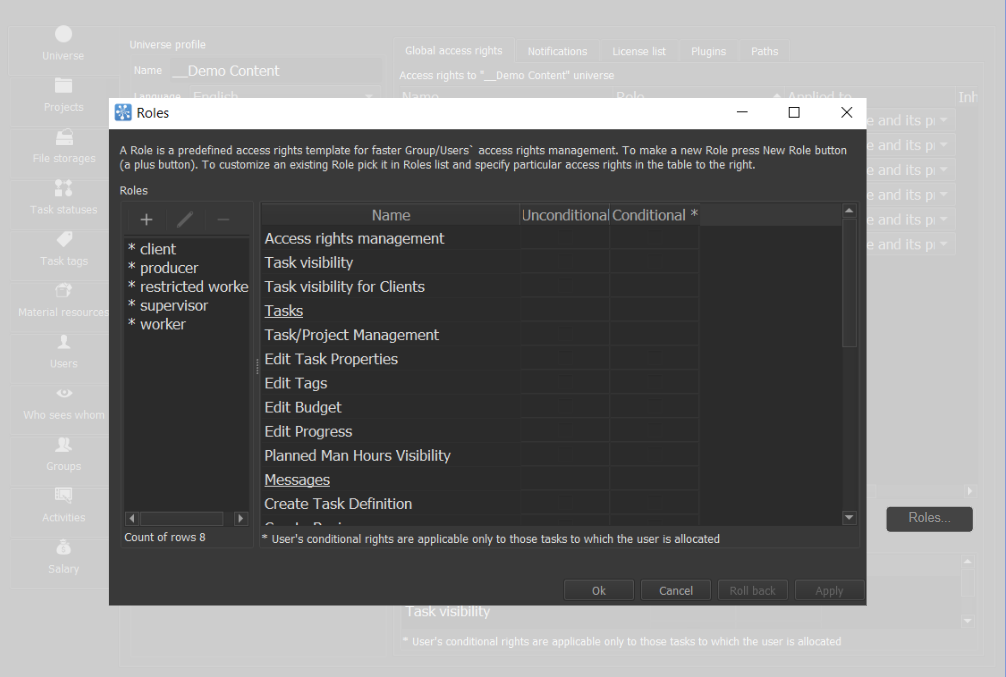 To set/edit a role name, double click its name or use the “Rename” button above it.
There are two columns with checkboxes in the right side of the Roles window – Unconditional and Conditional. You can configure the particular permission set for the role by checking/unchecking the boxes. Each permission may have only one option selected – either unconditional or conditional (if applicable).