There are several predefined roles in Cerebro, which differ by access level:

You can use these presets or create custom roles of your own.

You can check out the particular permissions for the predefined roles in Cerebro’s Access Rights window. 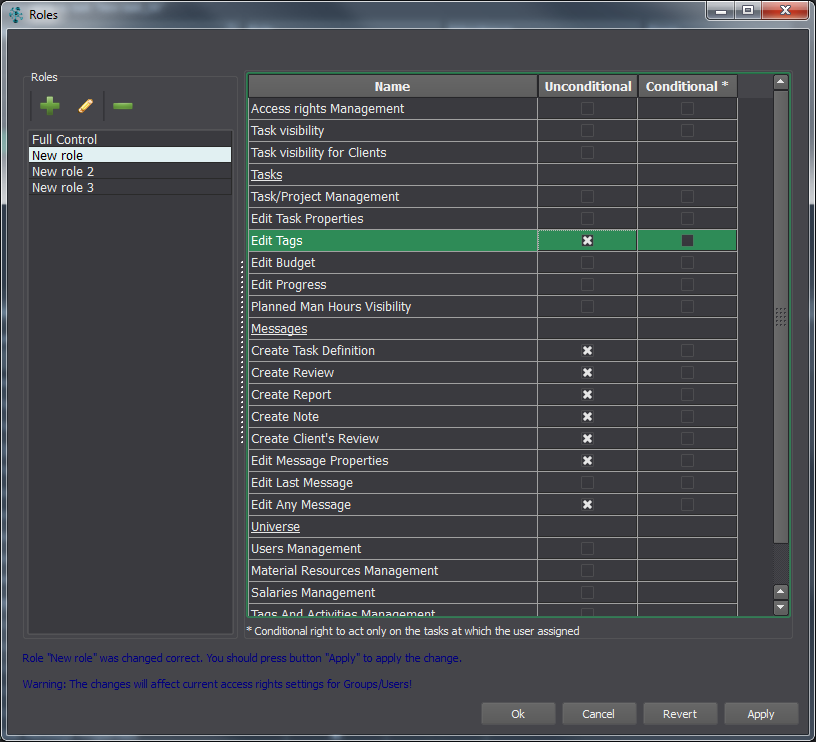 After that you can specify the name for the new role and edit its permissions in the right side of the window.

Editing a Role
To set/edit a role name, double click its name or use the “Rename” button above it.

There are two columns with checkboxes in the right side of the Roles window – Unconditional and Conditional. You can configure the particular permission set for the role by checking/unchecking the boxes. Each permission may have only one option selected – either unconditional or conditional (if applicable).