The selection of criteria allows you to set the conditions for selecting data for forming views in the My Space section. The list of criteria is divided into the following classes:

You need to create a list of completed animation tasks. For this purpose, you must:

As a result, a table is formed, which displays a list of tasks according to the specified criteria. 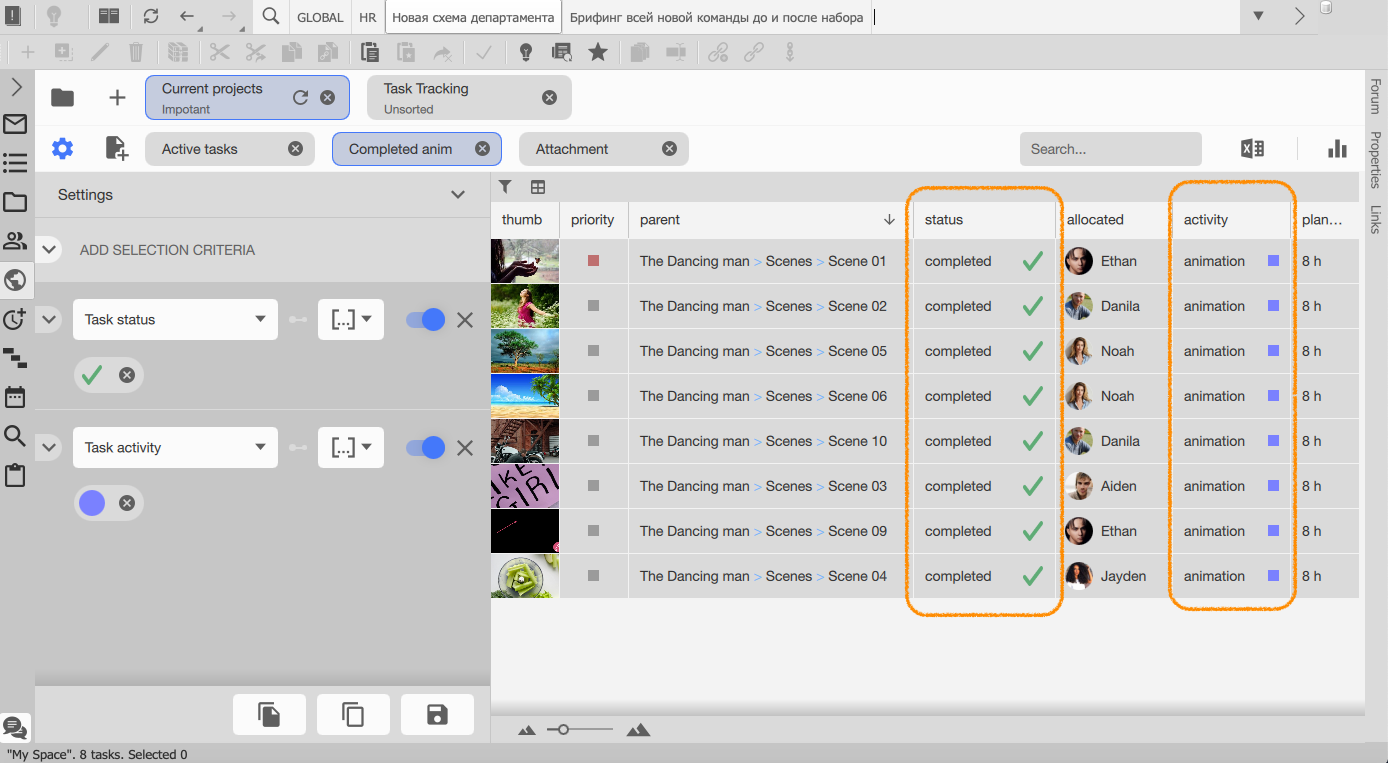 You need to find all the attachments uploaded today. For this purpose, you must:

As a result, a table will be formed, which displays a list of tasks in which the last file was uploaded today. 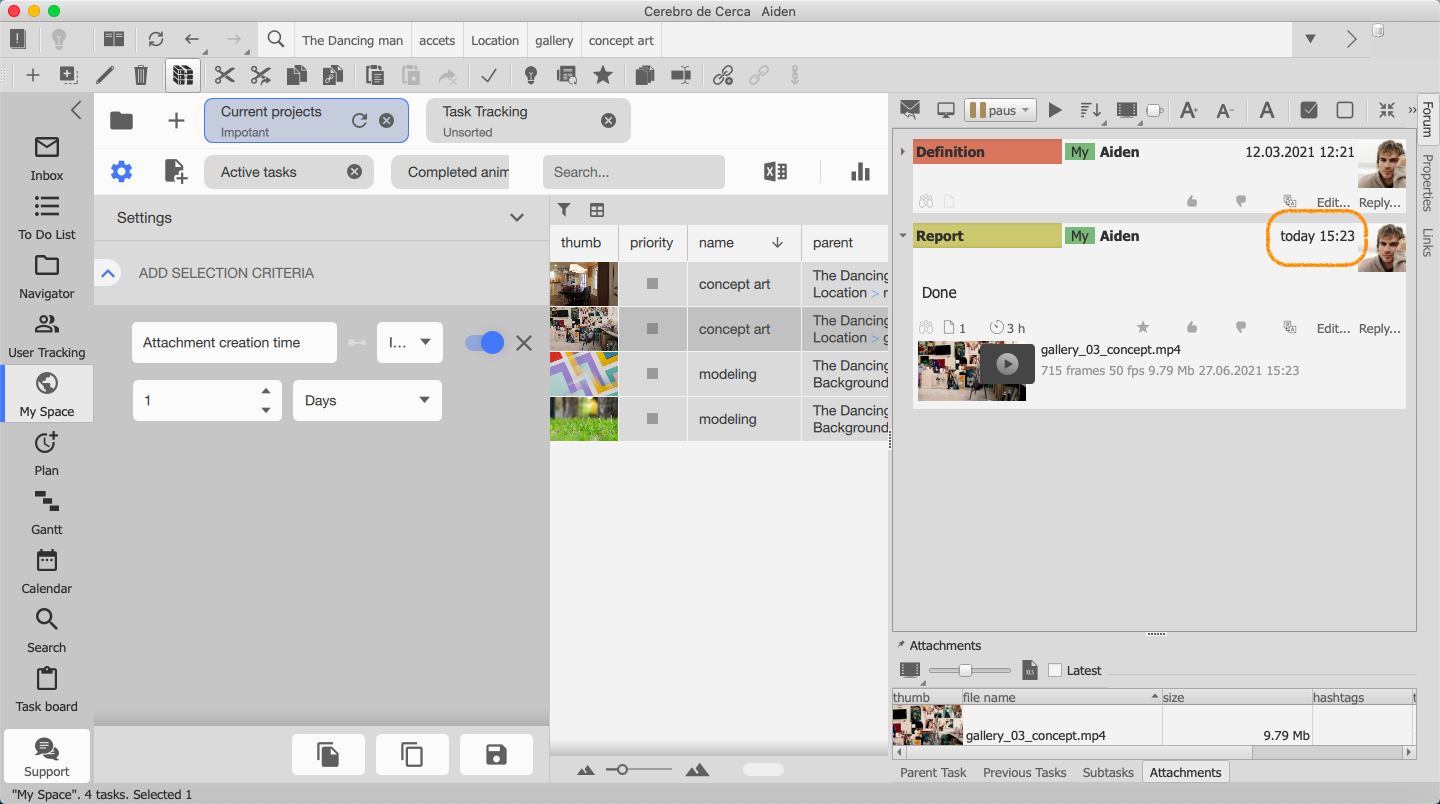