Mirada uses several different libraries to open and play media files. Each of these libraries supports its own set of formats, so Mirada can offer a choice of more than one media library for some file extensions.

For example, this applies to Quicktime ® Movie and other video formats that can be opened in Windows and Mac using both the QuickTime API and ffmpeg libraries.

The following processing sequence is applied to such “ambiguous” formats:

After you select another decoding library, the corresponding media file will be reloaded immediately.

You can specify a set of default media libraries in the association settings window using the Media/Open with/Media Library controls main menu item. 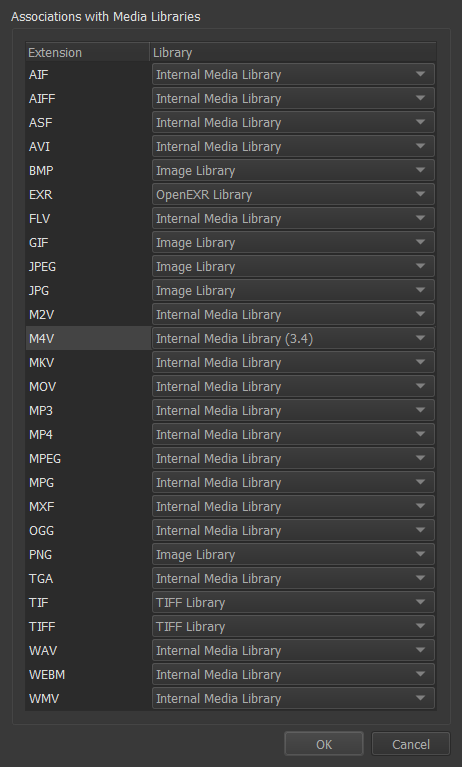 Select a default library next to the desired file extension from the drop-down list in the Media Librarу Associations list.