To create a new onion comment, first select a frame of the media file on the timeline, where a series of images will begin. Then click the button to create an onion comment to switch to the Onion Skin mode. 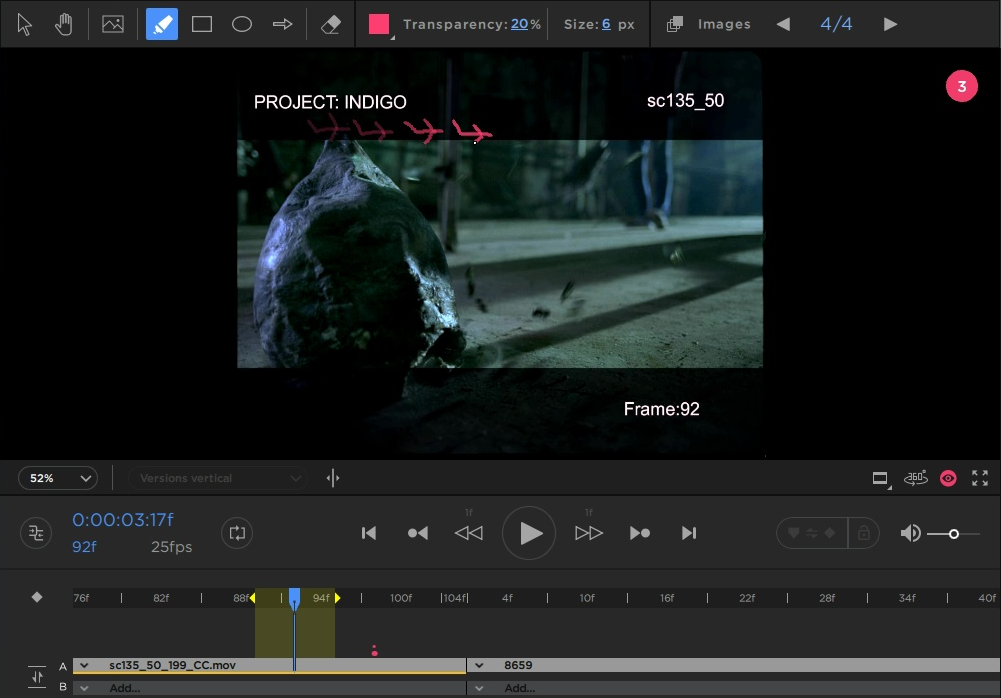 The top toolbar displays the number of images inside the onion comment, and it also contains buttons for navigating from one image to another.

After posting, you get a comment that spans several frames on the timeline and contains an animated image. When you hover the cursor over the series of frames of an onion comment on the timeline, this comment is activated, and the top toolbar displays buttons for moving between the sketches.

Only after you turn on the Onion Skin mode, the range of frames will be visible on the timeline, and the viewer will show sketches from adjacent frames. Onion Skin mode is automatically turned on when a new comment is created; in addition, you can manually turn this mode on/off using the button located above the timeline to the left of the playback controls.